How to Improve Your Language-Learning Skills Using Self-Talk

There’s no denying that speaking is a really important part of language learning. No wonder it’s one of the top priorities of successful language learners.

For some of us, though, it can be a big obstacle.

It’s no secret that speaking a language can be stressful. In fact, out of the four basic language-learning skills (reading, writing, listening, and speaking), it tends to be the one most people struggle with.

That’s why at Language Mentoring we focus a lot on speaking. We know how dreaded a task it can be, especially during the early stages of a language-learning journey.

But we also know how rewarding it is to be able to actually speak in the target language. Speaking helps us get comfortable with the language. We can also use it to learn new words and phrases fast.

One of the best ways to improve your speaking skills is to talk to a native speaker.

That’s where self-talk comes in, to save you from blank stares and awkward silence.

In this article, we’re taking a closer look at this very useful skill, how it has helped our students, and what you can learn from it.

WHAT IS SELF-TALK AND WHY IS IT USEFUL?

Practicing self-talk means talking to yourself in the target language out loud.

It’s a very powerful tool that can not only help you greatly improve your language skills, but also improve other areas in your life.

Self-talk can help you:

At Language Mentoring, we’ve found that talking to ourselves in another language can be really useful as we try to improve our speaking skills.

Our friend Maria had a challenge. She had to talk at a Basque radio interview.
She had never done any radio interviews before in any language, and now she had to do one in Basque, a language she had started teaching herself earlier that year. And that was not all.

She had never had any conversation with a native speaker in Basque before! This would be her first ever. And it would be live on the radio.

Imagine having your first conversation in a new language with a native speaker while A LOT of other native speakers are listening to you.

Especially if you happen to be an introverted perfectionist, like Maria was at the time.

As if all this were not enough, the topic of her interview would be how she had become conversational in the language after only 10 months of studying it. She had put up a YouTube video of herself speaking the language, the radio show had discovered it and asked to interview her live.

So she felt she had to prove her language skills and sound as natural as possible even though it would be the first time she’d ever used the language to communicate with an actual person.
Needless to say, that was way too much pressure to handle!

And yet, the conversation actually went way better than she thought it would. While she did make some mistakes here and there, she had no uncomfortable pauses, answered all their questions, sounded natural, and got her point across.

And she has nothing else to give credit to than self-talk. It’s what made it all possible.

This is just one example of how much self-talk has impacted us at Language Mentoring. Let’s see how it can work for you, too!

At first, it’s normal to feel overwhelmed about what to say. You wonder: How does this really work? What am I supposed to talk about?

The answer is, anything you want! That’s the beauty of talking to yourself.

You can answer imaginary questions, prepare for a conversation with a native speaker, talk about your favorite hobbies, give a presentation to an imaginary crowd in the target language… your possibilities are endless!

Here are some ideas to help you get started right away.

If you’re a complete beginner, you can start by training your mouth so that you are able to produce the sounds of your target language. You don’t have to try to sound exactly like a native speaker, but it’s crucial to learn how each letter sounds so that you can make yourself easily understood and avoid awkward sound-related mistakes.

You can check out this site to hear how words in your target language are pronounced by native speakers. Even if you can’t find a word, you can add it, and you’ll most likely have a pronunciation recorded of it shortly. This can be useful whenever you come across a new word and don’t know how to pronounce it. Simply listen to the recording and try to repeat the word until you can pronounce it correctly.

Once you’re comfortable with the sounds and letters of your target language, you can take some time every day looking around your apartment, office, or whichever place you’re in, and describe it, saying the names of the things around you out loud.

After you finish, you can talk about what you will do next, or what you want to do today. That’s a good way of introducing a future tense into your grammar!

Speaking of introducing, why not introduce yourself next? At some point you’ll inevitably have to do this in the target language, especially if you schedule a conversation or a language exchange with a native speaker, so why not practice it with yourself beforehand?

You can also imagine yourself going to a store to order something and recreate that small dialogue in your target language.

If you dedicate at least a few minutes to talk to yourself in your target language every day, you’ll always have a way of finding what words and phrases to learn next (since at some point you’ll want to talk about something you don’t know the words for yet).

If you’re an intermediate or advanced learner, one effective idea is to tell personal stories from your own life and what you have learned from each of these stories. These can be:

The more emotional your story is, the faster it will help you accumulate new words and phrases in the target language and make them stick.

According to a series of studies, emotion can positively affect the encoding of information into the short- or even long-term memory.

After all, you’re sharing something really personal, something that means a lot to you, so even foreign language words can carry a strong meaning now!

That way your target language becomes what it should be, a means of communication, a tool you use to express yourself and get your message across.

You never know when these stories might come in handy; at some point maybe you’ll share one of them with a native speaker. Even if this never happens, you will have learned a lot in the language.

Another idea would be simply to express your opinion about a certain topic. You can talk about your views on a controversial topic, current affairs, politics, religion, anything. Just imagine you’re having that conversation with a native speaker of the language.

If you already use some form of self-talk in your own language to, say, motivate yourself or cheer yourself up, why not start doing it in your target language? That way you’re taking an already formed habit of yours and simply changing the language, thus making it a part of your daily life.

Whenever you run out of things to talk about, you can either take your last conversation in your native language and try to replay it in your target language, or simply try to summarize a book, movie, or video you enjoyed.

Alternatively, you can use this page to come up with a new topic to talk about.

But that’s not all… Since you’re all alone, talking to yourself about anything you want, you can try to make it as fun as possible. Here’s a way to do this.

If you are like me, then you might enjoy acting out imaginary arguments while in the shower, and of course winning them. After all, it’s something that takes showering to a whole new level!

Why not do the same in your target language?

That way you kill two birds with one stone: winning your arguments and using your target language at the same time.

Simply try memorizing one or more new phrases before getting in the shower and start from there to show how good you are at winning arguments, no matter the language.

HOW DO YOU USE SELF-TALK TO IMPROVE YOUR LANGUAGE-LEARNING SKILLS?

You don’t need to be fluent in a language to start speaking to yourself. Heck, you don’t even have to know half the words, or even grammar, for the things you want to talk about!

Self-talk is no exam. It’s a journey of curiosity, doubt, discovery, repetition, and small victories.

Just keep it a secret if you feel people will think you’re crazy, and leave them wondering how you can speak your target language so well without actually talking to anyone!

We’re interested to know how you use self-talk to improve your language skills. What methods have worked for you? Let us know in the comments.

The author of this blog post is Maria Spantidi.

Language Mentoring provides a complete guide for learning any language using simple and often free resources on the internet and in bookshops. It was founded by polyglot, language mentor and author of this website, Lýdia Machová, PhD., in 2016. She's learned 9 languages by herself and she adds another one every other year. Her philosophy is that everybody can learn a language regardless talent, age or other qualities – if they know how to do it.

Would you like to get lots of tried and tested tips on how to effectively learn a language and where to begin? Then sign up for my free webinar, in which you’ll find out: 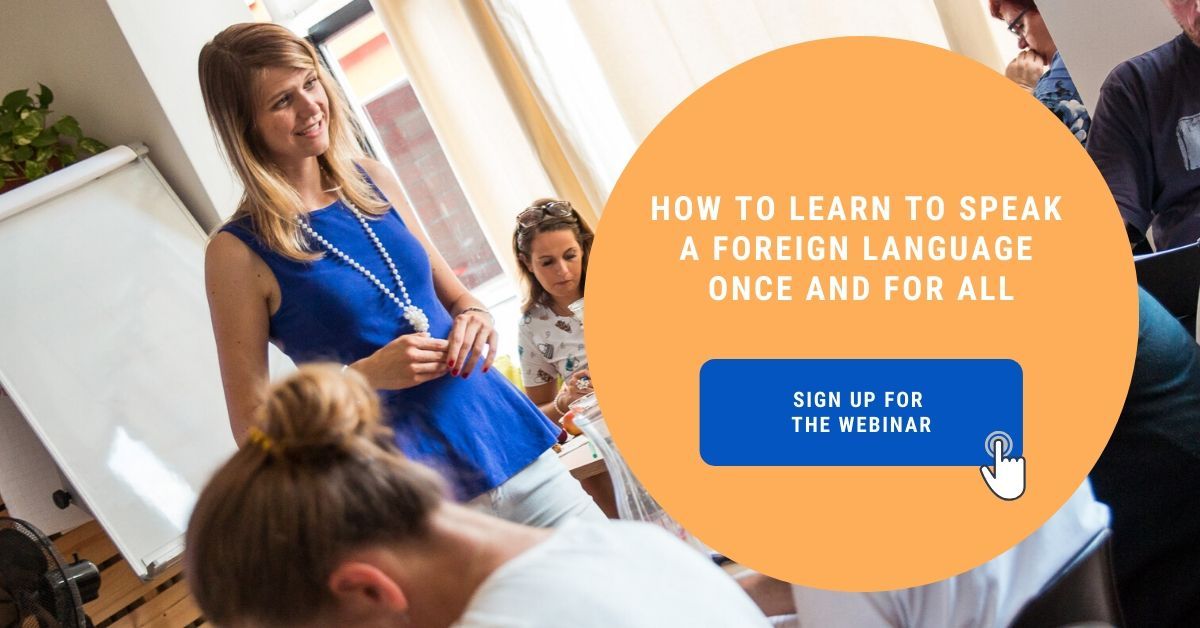